In his final day as Secretary, Mark Scott delivered the Anzac Address at the Teachers' RSL sub-Branch Anzac Remembrance service.

This is my last official event as Secretary. I am just hours away from being a member of that small club of men and women who once ran this great department.

One of the major events in my time here – planned well before I was appointed – was the move of the central offices from Bridge Street to Parramatta. And one of the centrepieces of that move was the transportation of these magnificently restored honour boards – commemorating those who served and gave their lives in the the service of this country.

Of course, what strikes you is the size of the boards. So many names. Reflecting two things really. The size of this department, delivering public education in our cities, and towns, and smallest regional and remote communities. It is truly a vast organisation.

And, the massive community effort, particularly in the World Wars. Every city and town, in every street, citizens in service.

Education as a sector needs to be forward thinking. It needs to be doing a wonderful job in preparing young people for a world that inevitably will be complex, fast-changing and uncertain.

But in doing so, we need to constantly remember the sacrifices that were made to protect the foundations upon which our nation’s future is built. Foundations such as understanding the full history of our first people over 60,000 years. Our lively democracy. An independent judiciary supporting the rule of law. A free press. The rights of citizens to live in a world that respects individual choice and looks to safeguard against discrimination. A land of opportunity.

These honour boards reflect those who worked in the department who served. And they are vast. But they do not list the names of the men and women who were educated in our schools and then served. The NSW RSL reports that nearly 500,000 Australians served in WW1 – a million in WW2. It would be fair to estimate from that, around half a million residents of NSW served in these two wars – and the overwhelming majority of them would have attended one of our Government schools.

The boys’ school I went to lost nearly 70 former students to World War 2 and Vietnam. Their names would be read solemnly every ANZAC Day. For years – as a student or as an old boy I would hear the names.

Some years back though, a former student, Justice Paul Brereton of the Supreme Court came and spoke at the annual service. He is best known now for his terribly challenging report into the actions of Australian troops in Afghanistan.

What he had done to prepare for his address was spend time in the school archives, digging out old school records from the 1930s and early 1940s: letters to parents, reports, programs of plays and sporting events. And he found the story of the boys behind the names we read each year. And he talked about them as the boys they were at school. Who excelled at English. Who set the try scoring record at Rugby. Who was in the school play or the debating team. Their lives as students, going to school – making friends, struggling with homework and with dreams of the future.

He told the stories of these schoolboys on the brink of all the world had to offer, lost just a few years later as young men in Europe or the Pacific. And while I had heard that list of the fallen for decades, for the first time for me, the names on the honour boards came alive.

One of the challenges in having a job like mine, with such a big school system: so many students and teachers and classrooms – is that you find yourself just thinking systemically, at scale.

And why, today, as we remember those who served and those who gave their lives, we try to press through the honour boards to just try and consider, try to understand, what it must have been like: for the men and women of this department. Working in Bridge Street or in regional offices. From staffrooms and classrooms, all who answered the call, and for those who loved them and watched them go. Those who came back transformed, those who came back lost, those who didn’t come back at all.

A story behind every name here etched in gold.

And all the other names of our students who served. Too many to list. There’s not enough gold paint.

How do we articulate our gratitude for all we take for granted, paid for at such a price. We begin by stopping to pause, and reflect and through our silence, convey our deepest respect. 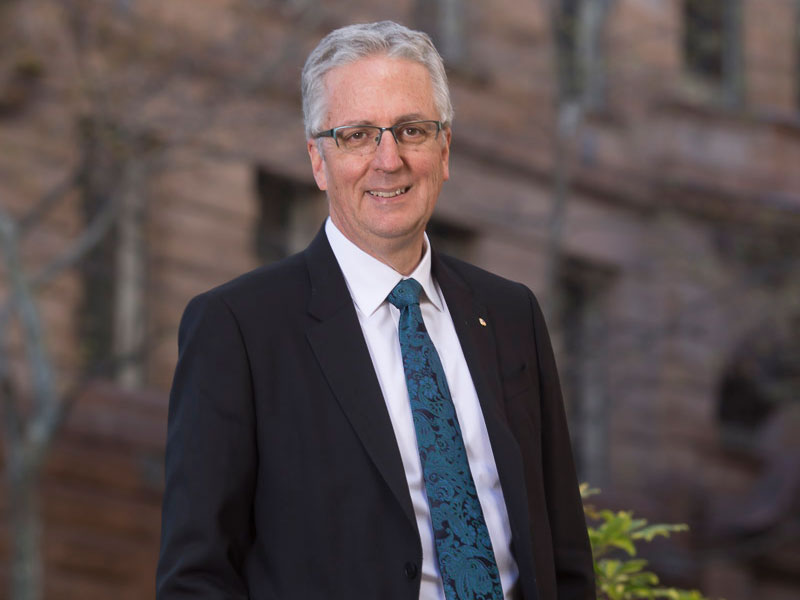 Mark Scott is Secretary of the Department of Education. He has worked as a teacher, in public administration and as a journalist and media executive. He is committed to public education and learning environments where every child can flourish.