1. Discuss as a class the definition of similar figures and ask students to copy the following. 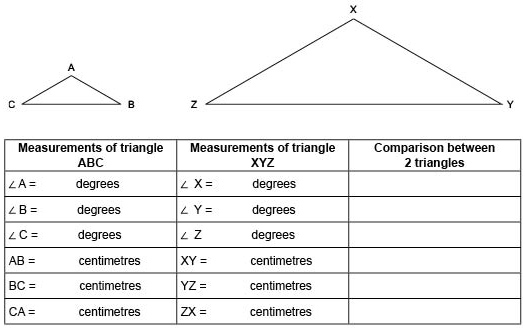 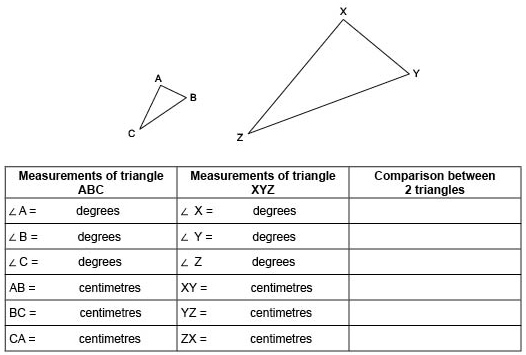 Ask pairs of students to share their answers with another pair of students, discuss any differences and determine the group's comments when comparing the similar triangles.

Ask groups of four to share with another four students, discuss any differences and determine the group's comments when comparing the similar triangles.

As a class, discuss the two similar triangles:

Ask students to copy the following.

4. Hand out the worksheet Similar triangles and ask students in small groups to investigate one collection of triangles and report their findings back to the class.

6. As a class, discuss which of the triangles are similar and how this was decided.

ACMMG165: Classify triangles according to their side and angle properties and describe quadrilaterals

MA4-17MG: Classifies, describes and uses the properties of triangles and quadrilaterals and determines congruent triangles to find unknown side lengths and angles

Cut the knot: Investigating side lengths and angles

Cut the knot: An interesting extension to work on similar triangles