The selection of a series of relevant ideas to support the thesis or argument and elaborating on them is an important part of composing persuasive texts.

Audience: Can I use my own experiences?

Students, particularly those with limited background knowledge, may require assistance in generating ideas.

Select topics that students have some familiarity with or include activities to build field knowledge of the topic area before expecting students to generate ideas. Practice in generating ideas alone could be practised regularly especially in collaboration with others.

Students can read texts about the topic, watch videos, interview other people and take notes. Students could conduct online surveys.

Find topics in the media that are relevant to students’ lives. Picture books or poems are also a good stimulus for writing. For example, ‘The Piggy Book’ by Anthony Browne could be used to discuss the need for children to help with household jobs. Listening to the poem ‘Television’ by Roald Dahl would be a good way to stimulate discussion about limiting the time children spend watching TV or using electronic devices.

There should be opportunities for students to create texts about topics they are genuinely interested in.

Assist students to create their own blog or website to showcase their texts about topics of their choice.

Activity 1: taking up a position/polarised debate

Place the position cards; agree/unsure /disagree around the room. Read out a statement related to a classroom topic. Once students have thought about the statement they move to the position card that best represents their thoughts about the statement. They can be given time to share their opinion with the person next to them before sharing their views with the rest of the class.

Plus and minus chart

Add the ideas generated in the above activity to a plus and minus chart in pairs. Students can then choose the three strongest arguments to include in their persuasive text.

To generate ideas students could be asked to start from an opinion and think about the consequences.

School hours should be extended: 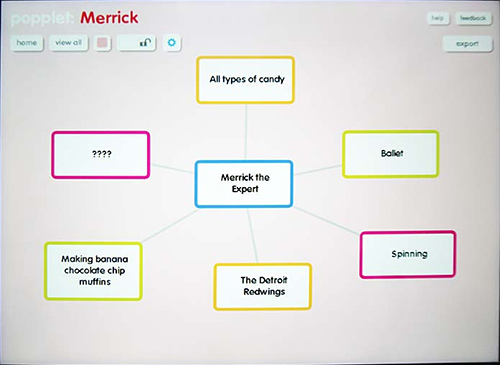 Model how to collect images from the internet to build the field or support an argument.

For example, for a persuasive text on the best type of pet to have, collect images of their chosen pet that could be used to generate reasons.

Students could work in pairs to collect and label images.

Sets of images could be stored in topic folders and shared with students in other classes.

Students could add images to PowerPoint slides and then share their ideas with a partner before composing.

Activity 3: what’s the other side?

Alternatively, students who have difficulty generating ideas could be given graphic organisers that have been partially filled in.

Students could be given a range of ideas on slips of paper and asked to categorise the ideas as for or against. Some irrelevant ideas could be included for students to eliminate.

To increase writing fluency and stimulate rapid ideas generation students could be given a time limit to write as much as they can on a topic related to an issue. For example, write down all the ways we use plastic bags, or list all the types of food that you think are unhealthy.

ACELT1596: Responding to literature: Draw connections between personal experiences and the worlds of texts, and share responses with others.

EN2-11D: Outcome 11: responds to and composes a range of texts that express viewpoints of the world similar to and different from their own (EN2-11D) - Respond to and compose texts: justify personal opinions by citing evidence, negotiating with others and recognising opinions presented.