Cohesion in texts includes the use of connectives and conjunctions and more sophisticated texts effectively use a variety of referring words, substitutions, word associations and text connectives to improve the flow of the writing.

It refers to the use of linguistic devices to join sentences together, including conjunctions, reference words, substitution and lexical devices such as repetition of words (or synonyms), collocations and lexical groups. Students need to connect ideas in logical ways in order to display and build precise factual knowledge, develop their ideas to persuade more convincingly and express more complex relationships in their speech and writing.

Referring words set up links by referring to sentences or the context that has just been mentioned to maintain continuity and avoid repetition. Other referring words include:

Using the text below ‘The Tree of Life’ students again look for opportunities to find words that aren't repetitious or boring. (Repetitive not repetitious)

'The coconut is actually the seed of a coconut palm tree. It was given its name by Spanish sailors who likened the three dents on the shell's base to a smiling monkey and named it ‘coco’ meaning monkey face.

A large part of the world’s population depends on the coconut. The stringy tough brown husk (coir) can be woven into ropes and yarns for household goods. Jewellery and musical instruments can be created from the hardened shell. After it's dried, the tasty coconut meat is called copra.'

Students write a report concerning either their current HSIE or Science and Technology area of study. Brainstorm collocations or word sets of pivotal words and use these in their constructions. Create a mind-map to visually present these and create educational and decorative class word wall artefacts.

Using the following words students match up with another student who has a synonym. Each student has a card with one word on it. They start the game at a teacher nominated student. Saying “I have… who has a synonym?” Student who does replies with “I have the synonym of… it is … ” Bonus points are awarded to the team who can give three more synonyms. The purpose of this game is to develop a word bank of ways of saying the same thing but with a variety of words. (See activity 1). 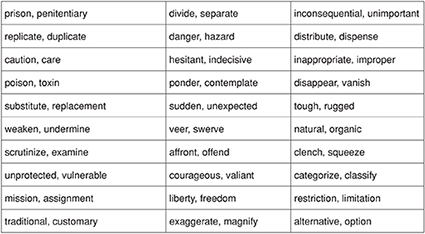 Using the text taken from Encounter in Castle Estondrake

Here in the depths of the stone passageways under Castle Estondrake, there was no-one close by. No-one to hear a call for assistance. No other soul nearby.

Discuss the repeated usage of “no”. Students are to find passages from other texts that have a similar strategy to emphasise the point.

Using the following excerpt from The Twits highlight the many ways that Roald Dahl describes with great effect Mr Twit’s beard. 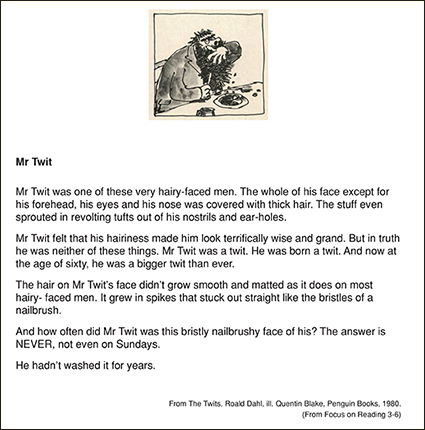 Using the words that described Mr Twit have student’s construct five paragraphs about the following picture or one similar. The following text innovation is for teacher clarification only.

Rover was one of those unfortunate-faced dogs. The whole of his face including his forehead, his eyes and his nose was covered with long, fine hair with gaping areas of exposed skin. The stuff even sprouted sparsely in revolting tufts out of his nostrils and ear-holes and hung limply across his eyes. 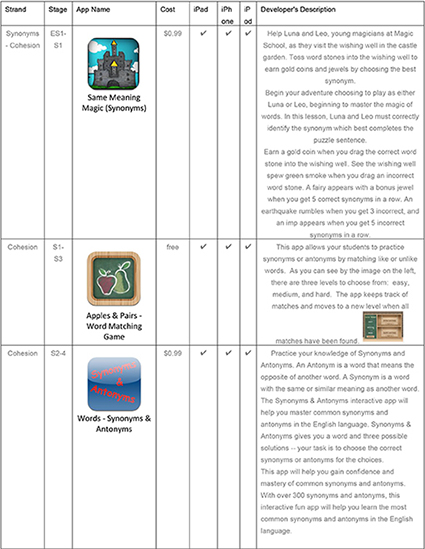 ACELA1810: Experiment with text structures and language features to refine and clarify ideas to improve the effectiveness of students’ own texts