Cohesion – identifying and using a range of conjunctions

Cohesion in texts includes the use of connectives and conjunctions and more sophisticated texts effectively use a variety of referring words, substitutions, word associations and text connectives to improve the flow of the writing. It refers to the use of linguistic devices to join sentences together, including conjunctions, reference words, substitution and lexical devices such as repetition of words (or synonyms), collocations and lexical groups. Students need to connect ideas in logical ways in order to display and build precise factual knowledge, develop their ideas to persuade more convincingly and express more complex relationships in their speech and writing.

Conjunction bingo gives students practice reading and saying conjunctions. In small groups, each student is given a laminated bingo card with nine conjunctions on it. To mark that space students must give a sentence with that conjunction in it. The game leader for each group pulls conjunctions out of a bag, one at a time. The first student to have all nine sentences complete calls out 'Bingo'.

Ask students to contribute a sentence one idea at a time. The story may start out “I was late to school” and the next student adds the conjunction “so,” the third student might add the phrase “I ran as fast as I could.” Continue adding to the story one phrase at a time with students adding conjunctions between the phrases to join them.

Using the following conjunctions, introduce one type at a time. Students then sort them into the correct type.

Ask students to work together to sort into correct categories, and then discuss the answers as a group. Students write examples of these conjunctions in sentences and add these to the display created or the resource to continue match ups. 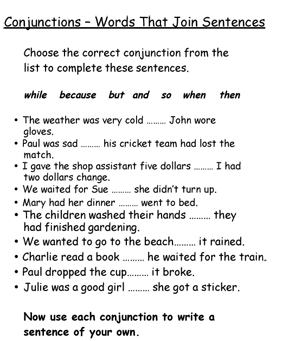 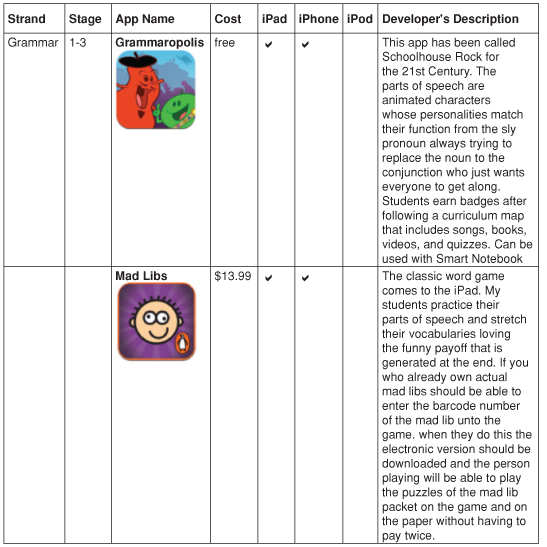 ACELA1520: Understand that cohesive links can be made in texts by omitting or replacing words.

ACELA1522: Investigate how complex sentences can be used in a variety of ways to elaborate, extend and explain ideas.

EN3-6B: A student uses knowledge of sentence structure, grammar, punctuation and vocabulary to respond to and compose clear and cohesive texts in different media and technologies.