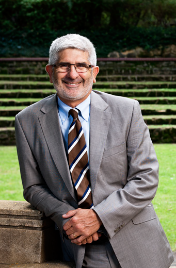 Bill Louden is a respected educational leader, committed to improving opportunities for children and young people in vulnerable communities.

He is Emeritus Professor of Education at the University of Western Australia where he was Senior Deputy Vice-Chancellor and Dean of Education. His research interests have included literacy, numeracy and science education, professional standards and initial teacher education.

Bill has led many government reviews and inquiries. The most recent of these include reviews of sex and gender education for the Australian and NSW governments, a review of the Board of Studies, Teaching and Educational Standards for the NSW government and an investigation of high performing primary schools for the Western Australian Government. He has served as chair and board member of state and national statutory authorities responsible for curriculum, assessment and professional standards.

His current civic roles include chair of the governing council of North Metropolitan TAFE in Western Australia and chair of CoLab, a partnership between the Telethon Kids Institute and the Minderoo Foundation focused on improving the development and learning of young children. He is also chair of the WA Tertiary Institutions Service Centre and the Kimberley Schools Project, a board member of ACER Ltd and a trustee of the Fogarty Foundation. Bill has a PhD from the University of Toronto and arts and education degrees from the University of Western Australia and Murdoch University, and is a Fellow of the Australian College of Educators. He was appointed as a Member of the Order of Australia for services to education. 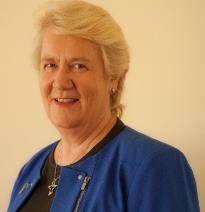 Ann has strong school and system leadership experience in NSW. As the Director of Professional Learning and Leadership Development she designed and led evidence informed system innovations, professional frameworks, programs, research and reforms that significantly influenced the work of teachers, leaders and schools. During her time as state policy director, superintendent of schools and principal she received numerous awards and a Quality Assurance Report stating “this school is on the leading edge of best practices in teaching and learning”.

Ann is the NSW President of the Australian Council for Educational Leaders, an Editorial Board member of the international refereed School Leadership and Management journal and a member of the University of Sydney, Teacher Education Advisory Board.

Ann’s work in effective teaching, leadership and school and system improvement is internationally respected as a result of its rigour, innovation and efficacy. She is committed to living in a world in which all children, irrespective of their background, receive an education that enables them to thrive. 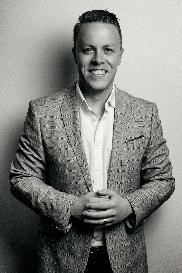 Dr Breakspear’s research and policy work focusses on international benchmarking of school system performance, leadership development and systemic approaches to effective implementation. Breakspear is currently both a Visiting Fellow at the UNSW Gonski Institute and a Research Fellow of the Asia Pacific Centre for Leadership and Change at the Education University of Hong Kong. He serves on the AITSL School Leadership Standing Committee and is an advisor to the Ontario Principals’ Council International School Leadership Program. In partnership with the World Innovation Summit in Education (WISE) he has released a global research report on school leadership policy, and now leads the WISE global community of practice on leadership development. 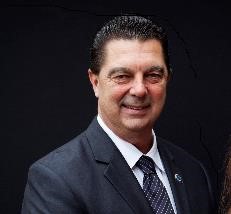 Chris is currently President of the NSW Secondary Principals’ Council (NSW SPC), SPC representative on the NSW Forum of Principals Australia Institute (PAI), immediate Past President of ACEL NSW, Adjunct Fellow at Western Sydney University, member of the Australian Principal Certification Advisory Board and a member of multiple working parties at both state and national levels.

He has presented keynote speeches and workshops relating to successful organisational change and the foundations for effective leadership, in the USA, Finland, Canada, South Africa, New Zealand and in every State and Territory in Australia.

Chris was a recipient in 2003 of a Director General’s award for “Excellent Service to Public Education”, was listed in the 2004 “Australia’s Smart 100” awards conducted by The Bulletin magazine and Microsoft Australia and received a 2005 Macarthur Outstanding Educator Award from the Australian College of Educators.

In 2006 he became the first Principal in NSW to receive a “National Outstanding Achievement by a Principal” award from the Federal Government, and in 2008 was conferred as a National Fellow of the Australian Council of Educational Leaders (ACEL). In 2010 Chris was recognised for his contribution to a range of professional associations with a “John Laing Professional Development Award” from Principals Australia Institute. Chris has also been awarded the prestigious “Patrick Duignan Award for Leadership” in any NSW educational institution and in 2014 was the recipient of the ACEL Presidential Citation.

In the 2015 Australia Day Honours his contribution to educational advancements at State and National levels resulted in the award of the Public Service Medal. 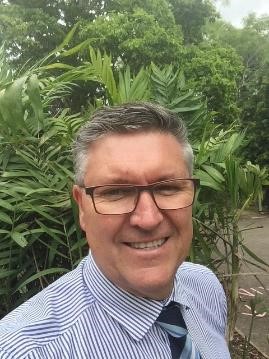 Graeme is currently the Principal of Bellingen Public School, on the Mid Nth Coast of NSW. He has had extensive principal experience in both city and country schools. He is also the current President of the Mid Nth Coast Primary Principals’ Council, and is a ministerial appointment (on behalf of the NSW Primary Principals’ Assoc. – NSW PPA) on the NESA Quality Teaching Council.

Graeme completed his Masters in International Education Policy, through the University of Melbourne in 2012.

In 2014 – 2016, Graeme’s role as a Principal, School Leadership (PSL) was highly successful, in assisting, coaching and mentoring many principals in leadership development and change management.

Graeme, as a previous chair of the NSW PPA Leadership Working Party, led the coordination of two significant professional leadership learning programs – the Art of Leadership, and the NSW PPA Principal Credential – the latter set against the AITSL Australian Professional Standard for Principals.

Graeme has been recognised for his leadership within the education profession by the Principals’ Australia Institute in 2013, with the John Lang Award; with an ACEL Leadership Award in 2015; and a Certificate for Meritorious Service in 2015, from the NSW PPA.

In April 2018, Graeme has been invited to present the NSW PPA Principal Credential work at the international iLead conference in Banff, Canada. 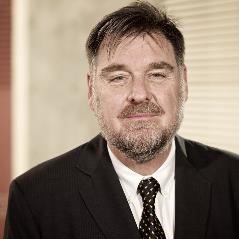 Maurie is in his 40th year as a teacher, having begun his teaching career in 1978 in the outer south-western suburbs of Sydney as a casual relief teacher.

Since then Maurie has taught in a number of schools in rural, regional and metropolitan NSW. For 10 years, until 2011, Maurie was Principal of Keira High School in Wollongong. In 2011, Maurie received a regional award from the Department of Education for “Excellence in Leadership Demonstrated by a Principal”.

Maurie is a member of the Quality Teaching Committee of the NSW Education Standards Authority (NESA).
Maurie has been President of the NSW Teachers Federation since 2012 and was recently re-elected for another two year term.

Since 2015, Maurie has also held the position of Deputy Federal President of the Australian Education Union.

Chantelle Phair was appointed as a deputy principal in 2011, starting at Belmore Boys High School before moving to Sydney Secondary College, first at the junior campus in Balmain, and now with the senior students at Blackwattle Bay Campus.

She was nominated Vice President Professional Learning of the NSW Secondary Deputy Principals Association in 2014, serving in the role for three years before being appointed as President in 2017, a position she accepted with passion and intellectual engagement. As Vice President, Chantelle provided and lead ongoing professional learning and support for DPs at local, regional and state levels, and initiated the highly successful annual Aspiring Deputy Principal Professional Learning Day. As President, she now works to enhance the effectiveness of NSW secondary deputy principals through advocacy, support, professional learning and collegial networks, leading to better learning outcomes for students in public education.

Chantelle represents the views of deputy principals to the Deputy-Secretary, participates in local and state-level decision-making, and provides a forum for discussion and debate for all public school deputies across the state, as well as advice and wellbeing support. In 2015, Chantelle was invited by the Director, Leadership and Teacher Quality, to work with the L&TQ team on a number of initiatives, including the Leadership Pathways website, the leadership reflection tool and the Leadership Development Initiative, a role that further enhanced her passion for quality professional development opportunities for school leaders. 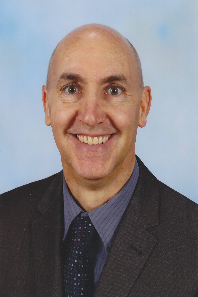 Michael Duffy is the chairperson of the New South Wales Primary Deputy Principals Network (NSWPDPN) and has worked with the NSWPDPN organising committee for four years. He is an experienced educational leader and serves as a Deputy Principal at Lidcombe Public School.

Michael is passionate about developing leadership capacity through coaching and instructional leadership to improve quality teaching and activate future focused learning for students.

After thirty years of teaching in primary schools, Michael is proud to represent deputy principals and school based leadership positions. 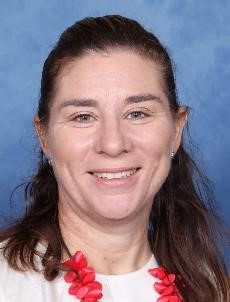 Kristine is an Assistant Principal at Werrington County Public School in Sydney’s West. Her teaching career follows a successful and rewarding 15 years as an Intensive Care Nurse Specialist. Kristine was merit selected as a classroom teacher in 2009 after completing a Master of Teaching (Primary). She has taught and supervised grades K–6 and is trained in a broad range of research-based literacy and numeracy programs. Her leadership experience extends to student welfare, Positive Behaviour for Learning (PBL), professional learning in quality teaching, curriculum implementation and formative assessment. Kristine is working to achieve NESA Lead Accreditation, having completed proficiency and maintenance levels, as well as supervising and developing early career and experienced teachers. She regularly uses her skills in data analysis to drive differentiated programs, and also coordinates a range of extracurricular activities in her network in the areas of debating, public speaking and Creative and Performing Arts (CAPA).

Kristine has completed the NSW Public School Leadership and Management Credential and is currently undertaking the Primary Executive Support Group (PESG) - Lead program. She is leading her school in a range of action-based projects in formative assessment, quality teacher education, and effective provision of learning and support for mainstream and special education students. Kristine is passionate about building capacity for staff to incorporate quality teaching and learning practices that maximise student potential.

Cindy grew up in the inner city of Sydney and is a Ngunnawal woman descending from the Bell family in Yass. As a secondary mathematics teacher she commenced her teaching career in 1984 and has held various executive positions both within schools and across NSW Department of Education. Cindy has also lectured at Sydney University and University of Western Sydney. Cindy believes Aboriginal people should self-determine their own future and has a strong commitment to social justice. 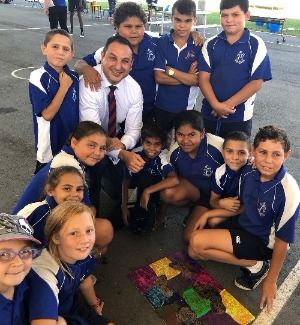 As the NSW Department of Education Deputy Secretary, School Operations and Performance, Murat is responsible for over 2,200 primary, secondary and special schools. With a clear focus on people and a commitment to students being at the centre of all decision making, Murat is driving a culture of change to individualise school improvement for ongoing system improvement in NSW.

Murat has been a key contributor to the development of vibrant, sustainable and inclusive school communities throughout his career. This includes time as Principal of Punchbowl Boys High School and Yuzyil Isil International High School in Istanbul, Turkey, as a Senior Principal across Punchbowl and Belmore Boys High Schools, in senior executive roles in Granville and South Western Sydney and most recently as the Executive Director of the Ultimo Operational Directorate.

In recognition of his outstanding contribution to educational leadership, Murat was awarded the Australian College of Educators’ Alan Laughlin Perpetual Award in 2015 and the Australia Day Public Service Medal in 2016.
Murat was recently honoured to be the recipient of the Public Education Foundation Executive Scholarship to Harvard Business School.

Education is his life’s passion and he champions the work of highly effective school leaders to achieve a ‘level playing field’ for all public school students in NSW so that every student, every teacher and every school can improve every year.