The First in Course list shows public schools leading the 2019 HSC cohort across the spectrum of subjects.

NSW Department of Education Secretary, Mark Scott congratulated the winners and paid tribute to every student who had completed their HSC.

“Students who have received a First in Course and their families should be rightly proud of their achievement,” Mr Scott said.

“We are equally proud of all our public students who have completed their HSC, achieved to their best and now have the skills to embark on a successful life outside the school grounds.”

Mr Scott said it was pleasing that public school students had topped their cohort across the diversity of subjects from Extension Science and Mathematics through to Drama and Music.

“This shows the NSW Education system is delivering on its commitment to quality education in all areas of academia.” 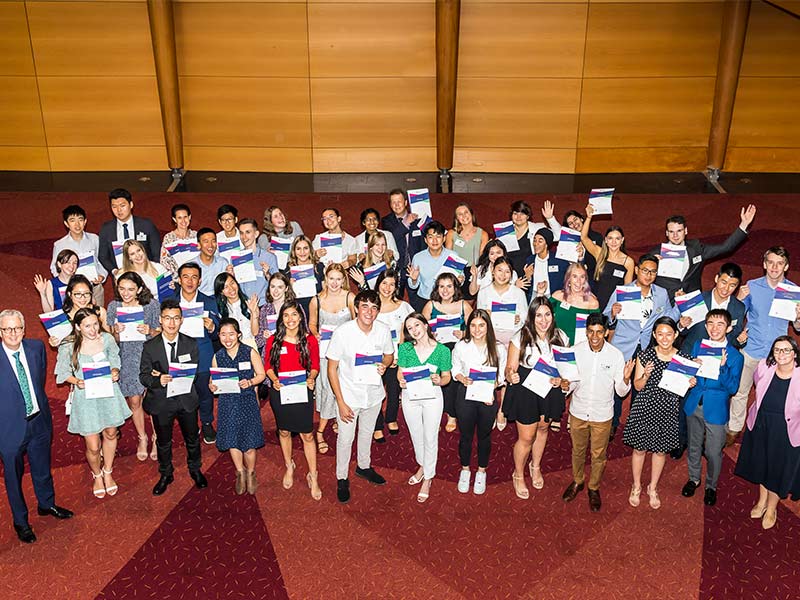 Jocelin became the first female to take out the hardest mathematics strand since Shelley She in 2012. Five of the eight joint winners in Mathematics were also secured by public school students.

Between them the Saturday School of Community Languages and NSW School of Languages claimed 29 of the 63 HSC courses on offer, with public schools accounting for 41 of the first places in Languages overall.

Smiths Hill High School in Wollongong had two First in Course winners – Year 11 student Benjamin Yan was first in ‘Investigating Science’ and Laura Charlton, who was a joint winner of Drama.

“As a school, we support and encourage all students to set personal goals and achieve their very best. It is a wonderful reward for a student when their personal best is also the best in the state,” Mr Deitz said.

Ben said it was “amazing and unbelievable” to top the subject, while Laura said jointly topping Drama was the highlight of her HSC year.

Laura paid tribute to her teachers who had mentored her through the course.

“Mr Reveleigh and Mr Cutler … have played immense roles in building my confidence in performance. Both of them are incredible teachers [and] the encouraging and supportive environment they created in the classroom translated into amazing results for my Drama cohort,” she said.

NSW Premier Gladys Berejiklian and the Minister for Education and Early Childhood Learning, Sarah Mitchell presented students with their award at a ceremony at the University of New South Wales.